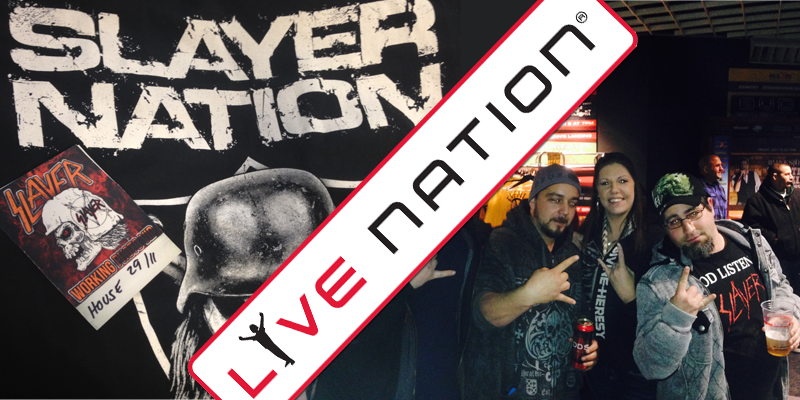 Live Nation and Experience launched its first concert under its new partnership. On November 29th a number of lucky Slayer fans got to upgrade their seats, making their Thanksgiving holiday a little more special. Fans purchased Seat Upgrades through livenation.expapp.com, which will remain the location for Live Nation Upgrades until Experience’s technology is integrated into the Live Nation App. Fans can expect a whole lot more concerts in the future, as Live Nation owns or operates 46 amphitheaters and produces over 22,000 concerts nationwide.

Next up? Toad the Wet Sprocket at the Nob Hill Masonic Auditorium in San Francisco on December 7th!